WE KNOW HOW TO SMARTLYYOUR PRODUCT

Bosis is regional leader in production of printed and laminated cardboard packaging and blister cardboards inspired by the vision to produce smart packaging for all brands.

The company was founded in 1982 and is 100% privately owned by his founder and CEO Bogoljub Pantelic.

The foundation of our fast-growing business is constant investment in development and improvements in order that we find methods to empower the brands placed in our packaging.

Long-time experience and expertise in production, entrepreneurship, leadership and innovation allowed us to become not only the supplier, but also a reliable partner of both domestic and multinational companies from different industries in country and abroad.

We produce packaging for

industry and all other industries in which this type of packaging is used.

We grow and achieve outstanding results with our clients

We believe that each product can be smartly packed. We act responsibly and sustainably in social, financial, market and environmental sense. We sincerely believe in proper practice and ethical business convinced that our business methods help us ensure high quality products for our clients and to be supplier and partner which they can rely on.

To produce smart packaging for all brands while operating responsibly and sustainably.

Leader in printed and laminated cardboard packaging and solutions designer which strengthen and protect brands in the region, recognized and respected as the employer and partner due to the quality and our transparent, sustainable and responsible business.

We are more than a supplier

We are a partner who strives to ensure you comparative advantage, deliver constant quality, provide outstanding service and makes effort to encourage your innovation in order that we ensure collective sustainable growth and progress. We achieve all this by abiding to and implementing our corporate values.

Our method of work
All we do, we do with quality. At Bosis, quality product is the same as clients’ satisfaction and that is why we aim to perform our activities the best we can and ensure the excellence of our final product. For us, quality product means that it is flawless what confirms the number of our loyal clients.

You can always trust in what we say and do
Rely on us as reliable partner, supplier, employer and local community member. The foundation of our reliability is the two way communication that we develop with our stakeholders, but also the integrity in all our relations. Responsible conduct and business ensured us clients’ trust and loyalty, employees’ satisfaction and engagement, partnership with our suppliers and reputation of committed member of local community that has been lasting for three and a half decades.

Towards common goal
We strive and believe in developing long-term partnerships and achieving common goals in and outside Bosis. At Bosis, we achieve this by building strong teams in which we develop relations of support and care which we transfer to our business and activities outside Bosis.

Constant improvements lead to excellence
We constantly follow, analyze and implement new trends regarding technology and production. We tend to develop our employees as well, by identifying their progress and learning potential and providing them trainings in order that they improve their knowledge. Expertise and progress of each individual contribute to Bosis progress and to be excellent and competitive on the market.

No matter the size of your product portfolio, we will provide smartly packaged solutions for each of them. Your products will be noticed in our packaging and you will be sure that its quality is protected in equally quality packaging.

We ensure high quality of our packaging by implementing long year experience of our experts, but also with constant innovations and improvements. We are also very flexible concerning clients’ requests, thus we together achieve better results.

We offer our clients BOSIS SERVICE which includes:

Production of printed and laminated cardboard packaging and blister cardboards
Strategies, ideas and support for achieving comparative advantage on the market
A member of Bosis team responsible for cooperation with you
Advising on shape and type of packaging, material and production technology
Creating functional solutions for packaging

We are proud of our clients and successful cooperation we have with them.
Long year experience, product quality, expertise of our employees and constant development provide us clients’ loyalty, but also increase in their number from ear to year.

We are open to cooperate with everybody who wants quality printed and laminated cardboard packaging and blister cardboards.

We grow because we invest a lot of effort and knowledge in what we do, while respecting the highest standards in the area in which we do the business.

Bosis grew together with its clients and their presence on the market. Target investments in high performance technology and product optimization enabled us to readily follow trends and face challenges on the market.

Knowledge sharing inside organization and mandatory good business practice help us combine our services in payable manner, from the initial idea and optimized production process to precise logistics.

The average growth is 25.15% and we plan to continue with intensive growth.

Business in accordance to world standards is recipe for success

Bosis implemented several international standards in its business regarding quality and corporate social responsibility. That is why our clients can be sure that with us they have a partner who fulfills the most demanding world standards and delivers the products of highest quality while respecting the principles and rules of socially responsible business, quality management system, environment, OHS and wood protection.

Socially responsible business as an imperative 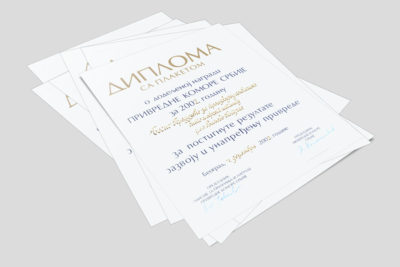 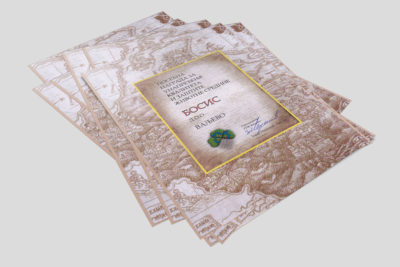 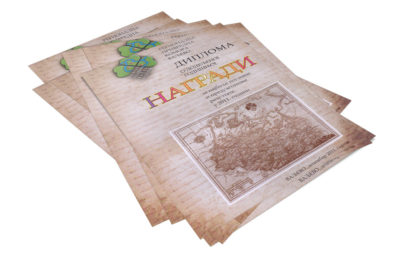 Diploma for annual award for the best business and entrepreneurial results in 2011. 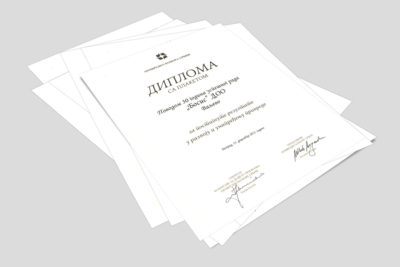 Diploma for annual award for the best business and entrepreneurial results in 2012. 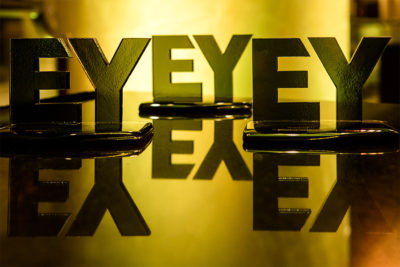 EY acknowledgement for the finalist in selection for the award Enterpreuner of the year. 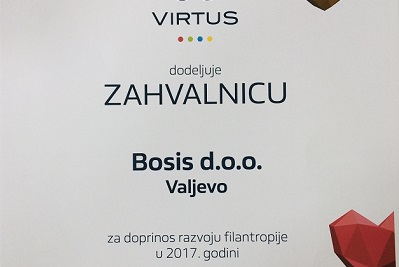 Bosis finalist for the VIRTUS prize

ACKNOWLEDGEMENTS
Local community and our partners recognized Bosis’ responsible business and awarded us with numerous acknowledgements and awards. Here are some of them.

From the first day and during their career we try to make an atmosphere in which every employee is welcome, in which we help and support each others’ development and enjoy coming to work each day. As we are family owned business we strive that each member of Bosis team feels like the part of a big Bosis family.

We grow and develop together..

From garage to printing industry giant

Bosis story started in 1982. in family house garage of its founder and owner Bogoljub Pantelić in Valjevo
At the time when starting a private business was rare and a bit insane, young and brave Bogoljub dropped off the Faculty of law to start his own story.

Since he was from a poor family, the first idea was to work and make better life for him. The idea to start screen printing business came from the youth work action where he won a prize- screen printing course as the youngest group leader with the best results. Later on, this directed his career and life.

In the beginning it was a small workshop with one employee where the entire family occasionally helped to get the work done. After the craft shop, step by step, Bogoljub worked hard and with his employees built Bosis as we know it today- recognized and well-known world company.

Initially, the company did screen printing and was known in former Yugoslavia for its large assortment of shirt transfers and commercial stickers, and afterwards it took different direction toward classical book and office supply printing.
Bosis gradually grew and in 1994 moved to Popucke, on the current company location.

Bosis always was the best in its job and Bogoljub thought about the future and went step further regarding the trends, organization, and equipment purchasing and employees’ development.

Specialization for offset printing and production of commercial cardboard and laminated packaging has obviously been a hit to bull’s-eye until today, when Bosis is one of the leaders in the region.

As the time passed by the company developed in every sense and today it is an impressive building in the suburbs of Valjevo with office building, production facilities equipped with the cutting-edge technology and warehouses where the packaging is being sent from to our clients.

Today, Bosis is the reliable supplier of printed and laminated cardboard packaging and blister cardboards for the largest domestic and world brands. In the last few years the company has been facing intensive growth and today it has over 130 employees who are the part of the Bosis business family and who have produced over billion boxes for over 130 satisfied clients. Nestle, Coca Cola, Heineken, MannHummel, Robert Bosch, Henkel, Nivea, Grand, Štark, Polimark, Bambi, Aleva, Carnex, Neoplanta, Knjaz Miloš… are only some of the loyal Bosis clients who are satisfied with high quality products and Bosis service.

Hard work, organization, responsible business and passion for printing, quality, collaborative progress with our employees and partners have lasted from garage until today..

Bosis is located in Popucke-Valjevo, Kolubara region and it is 90 km distance from Belgrade, 136km from Novi Sad and 312km from Niš.
Our address is 14221 Popučke – Valjevo.